Memphis police have been earnestly monitoring Facebook and Twitter accounts of social justice activists and publishing a daily “Joint Intelligence Bulletin” since March 2016, according to court pleadings released July 24 by the City of Memphis.

The document dump, including excerpts from depositions of police officials and MPD Director Michael Rallings, was attached to the city’s motion for summary judgment in response to the ACLU’s motion to hold the city in contempt of an 1978 federal court order which forbade the city from gathering political intelligence on citizens. The city’s motion was filed last month in the United States District Court for the Western District of Tennessee. 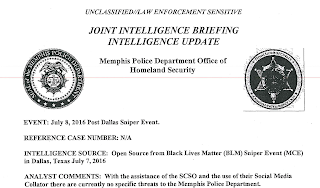 The plaintiff ACLU on March 2, 2017, joined a lawsuit against the city by four individuals who discovered they were on a “black list” of citizens who were to be escorted while in City Hall. 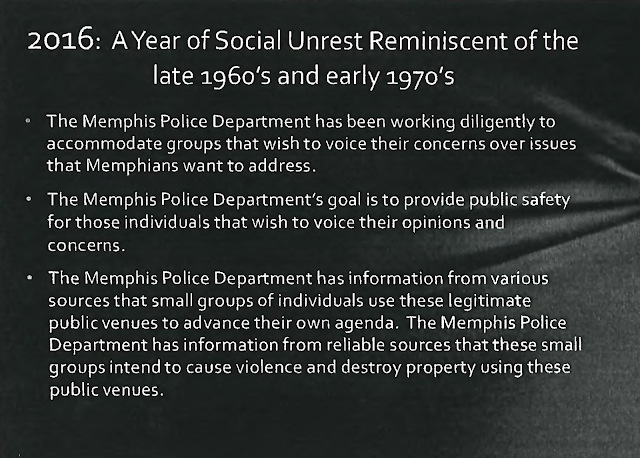 In a chilling disclosure, police culture is revealed to demonize "protesters" and regard them as presenting a threat of criminal activity -- although none of those persons targeted has committed any violent acts.

Read more »
Posted by Citizens Media Resource at 1:51 AM No comments: