A Report: When Police Arrest Citizens for Taking their Picture


The 1978 Department of Justice Consent Decree with the Memphis Police Department has been thrust into the news lately, and it is the basis of a lawsuit for political intelligence gathering.  However, the consent decree cites the First Amendment in broad terms.  One violation of First Amendment rights occurs when law enforcement stops persons from recording them, sometimes by even arresting them.

From time to time, these actions and video clips appear publicly such as on the Internet or TV news.  Following are summaries of seven such incidents in Memphis, Tennessee, which are included only because they notably made the news.  In five of these incidents, those recording or attempting to record with cell phones were arrested.

All of those cases were dismissed once they came before a judge. 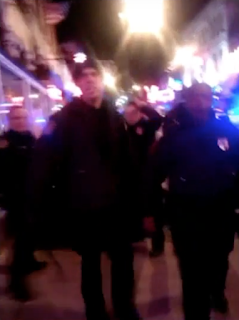 1—Oct. 2, 2011. A woman sees five officers on top of a man on Beale Street, and one is punching him. She begins recording and says, “He didn’t do nothing” and “I’m going to get a picture of this.”

As the woman persists in recording with a cell phone, three officers approach her and say, “Get off the street; the street is closed” and “shut the fuck up” as the camera gets tossed about and captures a jumble of images.

No arrests were made, but the images made YouTube and local TV news.

2—Oct. 21, 2013.  Two officers enter the grounds of Manna House homeless refuge looking for a man as volunteer John Holle opens the gate for the evening meal. Holle tells the officers they do not have permission to enter without a warrant, but the officers walk to the rear yard of the property, anyway.  Holle notes another scene down the street as six officers search and arrest a man whom Holle believes is homeless, and he begins recording them with his cell phone.

In Holle’s video, the six officers are blocking the sidewalk, and a man and a woman walk around them. The man crosses the street, and the woman passes by Holle on the sidewalk. Another volunteer at Manna House is heard on Holle’s video saying that he made the officers mad. 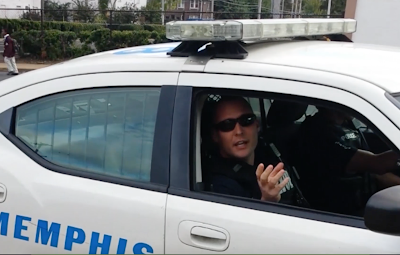 A police car pulls up, and an officer says, “I understand you’re videoing, and it’s on video, so we’re going to take you to jail for obstructing highway passageway. We’re going to confiscate...”

Someone called Paul Garner, organizing coordinator at the Mid-South Peace and Justice Center. When Garner came to Manna House and attempted to record police arresting Holle and to record ID from a police car, police arrested him, also.  Police told them it is illegal to film without a permit.

Holle was charged with obstructing a highway or passageway, and Garner was charged with the same plus disorderly conduct. After spending 18 hours in jail and police custody, a judge dismissed the charges with no costs to the defendants.

In a story on WREG-TV, Holle complained that his mug shot was in the “Just Busted” newspaper, that people were asking him why he was arrested and that he found it all “embarrassing.”

3--Oct. 25, 2013.  Police arrested Jeffrey Lichtenstein, who filmed them breaking up a hip-hop music event at a South Main Street Trolley Night.  Charges against Lichtenstein were dismissed with no costs to the defendant.

Popular socially conscious rapper Knowledge Nick Hicks had organized the freestyle rap, or cypher.  The heavy-handed actions of the police, who showed up en masse then pulled out their ASP batons and yelled at the music fans to get on the sidewalk, made the news.

Hicks, Lichtenstein and several others complained to police internal affairs and to the media that their First Amendment rights had been violated.  That became a tipping point that prompted director of police services Toney Armstrong to publish a policy which said citizens have a First Amendment right to record police and to “express criticism” of police, who are not to interfere with, ask for ID from or stop a citizen from recording, so long as the citizen is not in the way. 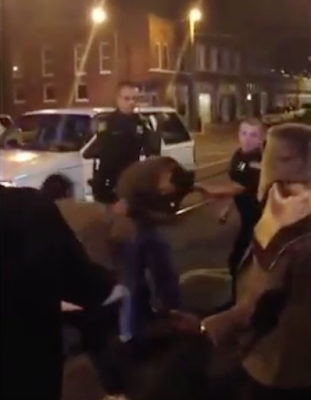 The Commercial Appeal Oct. 25, 2013 video as Nile Sugarmon is maced and arrested: https://youtu.be/3BbRVV6hPkg

4—May 12, 2014.  Independent journalist Deborah Robinson of Las Vegas was detained and hassled by police at a bus terminal after she began filming police who were arresting two persons who were on the bus, apparently for some sort of drug offense. 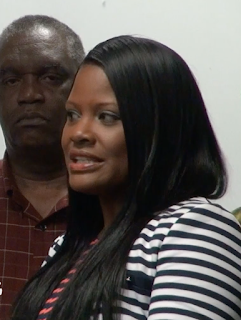 Robinson was not arrested, but in her video she is telling the officers that they have no right to stop her and that although she has stated she is a journalist, any citizen has the right to film police.  Police say they will detain her until their public relations officer arrives, and they insist that she produce credentials as a journalist.  After she stopped filming, police pulled her by the arm and detained her, Robinson said.

This made the news, and Robinson later noted that the officers were violating their own policy.  “In my case, every single regulation they put in that policy, they simply ignored,” Robinson later said.

WMC-TV May 12, 2014 Deborah Robinson was hassled by police for filming an arrest:  https://youtu.be/WU7pWd6FgI8

5—April 21, 2016.  Police arrest Otis Porter Jr. while he is standing on the sidewalk filming them after he showed up to check on his “lil brother,” whose house had been burglarized.

Although other citizens are seen much closer to the location of the incident than Porter, he is the one recording with his cell phone.  An officer tells him to get on the sidewalk, then tells him the sidewalk is for walking not standing and to move along.  The officer follows Porter as he walks away and says, “Crime scene, how about that?”

The officer tackles Porter and arrests him. 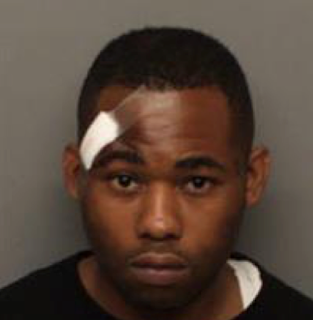 Porter’s mug shot shows a bandage on his head.

When Porter’s case got to court, it was dismissed without costs to defendant.

This arrest made the news and social media, and then-interim police director Michael Rallings said on social media that he would investigate promptly.  We have been unable to find any public follow-up from Rallings about this matter.

Otis Porter April 21, 2016 Facebook video via this website: https://saboteur365.wordpress.com/2016/05/03/viral-facebook-video-black-male-arrested-by-black-memphis-cop-for-recording-cops-at-work/comment-page-1/
WREG-TV May 2, 2016   Police arrest man who filmed them.  Otis Porter Jr. age 26.  2 p.m. 1700 block of Childers in Frayser.  Police were there for a burglary of Porter’s family member:  http://wreg.com/2016/05/02/viral-video-appears-to-show-man-getting-arrested-for-recording-police/

Tri-State Defender May 4, 2016  Police director says he will investigate: http://tsdmemphis.com/news/2016/may/04/facebook-video-calls-mans-arrest-question/ 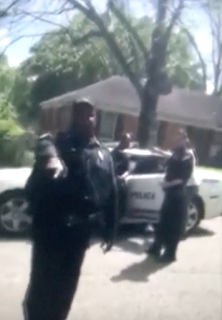 6—May 30, 2016.  Environmentalist Fergus Nolan was arrested while attempting to film an MPD truck during a gathering of citizens in Overton Park.

7—Jan. 16, 2017.  On Martin Luther King Jr. Day, police arrested independent journalist Rachel Gay of Missouri and Paul Garner, who was recording police as an observer of an environmental protest.

Seven persons chained together through concrete-filled barrels protested the Diamond Pipeline, which is proposed to run 440 miles from Cushing, Oklahoma, to the Valero refinery on the banks of the Mississippi River in Memphis.


Memphis police showed up massively and blocked local media from the scene.  They blocked both ends of Mallory Avenue in front of the refinery, and they shut down the I-55 ramp at Exit 9.  They even positioned a hook and ladder fire truck across one end of the street so TV cameras and reporters could not see what was happening.


With the press blocked out and taking that as an ominous sign, Garner felt it was important that he record what was going down.  In fact, he live-streamed to Facebook, and social media followers saw him being arrested in real time – although police gave him no order or warning before grabbing him.

Both Garner and Gay were charged with disorderly conduct and obstructing a highway or passageway, which are the typical charges in these cases – since filming police is not illegal. Garner’s case was dismissed, but he was nicked for costs.

Gay's charge of disorderly conduct was dismissed for a defective warrant.  Her case for obstructing a highway or passageway is set for May 2, 2017.

Telling him it was evidence, police also confiscated a Go-Pro camera strapped to the chest of Spencer Kaaz, who was chained to a barrel.

Local media posted the mug shots of the 12 who were arrested, and WMC-TV anchor Joe Birch described them as "suspects."

SUMMATION
In the explosion of video-equipped cell phones in this decade, these seven incidents were among the most visible and widely reported of cases in Memphis where police stopped persons from recording or arrested those recording.  Other such incidents have taken place, and some of those not cited here have reached a level of public awareness, if only on the Internet.  We can assume that more such incidents have not been publicly revealed.

In all of those cases, judges dismissed the charges.  However, those arrested spent at least one night in jail; experienced the trauma of being arrested, and lost time from work or whatever else they would have been doing.  There also are attorney’s fees, although in some cases like this, defense attorneys operate pro bono, or without charging the defendants.

Because these cases are routinely dismissed once they go to court -- sometimes when officers simply don't show up for a preliminary hearing -- doesn't that make them bad arrests?

What are the consequences to the police officers for taking up police, jail, district attorney, judicial and court resources because they made these arrests?  Seemingly, there are none. Officers are required to demonstrate that they are making arrests, so does even a bad arrest count to the good for the officer?

Citizens can make complaints to MPD's Inspectional Services Bureau, aka internal affairs or office of professional standards.  Of the aforementioned incidents, Garner and Lichtenstein complained about the October, 2013, arrests, but internal affairs said those complaints were “not sustained,” which in police terminology means there was insufficient evidence to prove the complaint.

After three years, Garner’s case went before the Civilian Law Enforcement Review Board, which determined that police wronged Garner twice – first when they arrested him and then when they rejected his complaint.  CLERB has sent a letter to Director Rallings advising him of the board’s decision and recommendations, and per the ordinance under which CLERB operates, Rallings is to reply within 10 days of receipt of the letter.